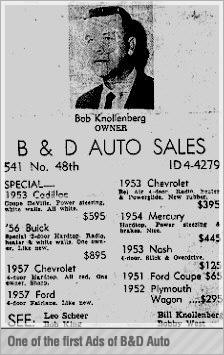 Bob Knollenberg Sr. and Darryl Minchow were partners when B & D opened in 1953. Six months into the partnership, Knollenberg bought Minchow's interest for $500, which Knollenberg promptly used to purchase the car inventory.

Bob Sr. juggled his business ownership with a full-time job at the Lincoln Fire Department. Much of the dealership's success is attributed to his late wife, Eunice, who was the first woman to interrupt Lincoln's exclusively-male sales force in the car business. She died in 1982. 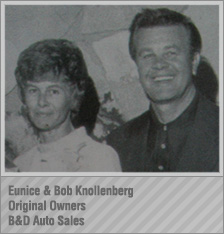 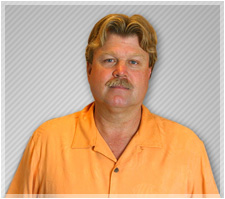